January block is done! I found this block made from 4 squares instead of the 8 triangles in the practice block seemed to be more straight forward. The blocks probably took a little longer but only having 3 seams to sew to turn it into a complete block made it super quick. 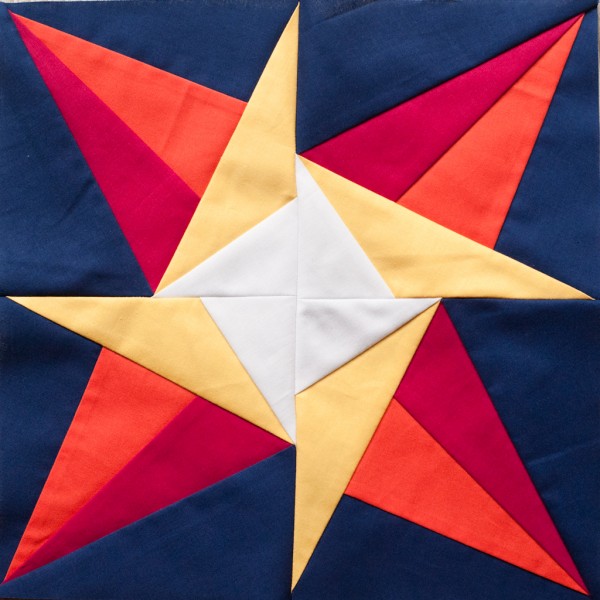 I’m attempting to get a bit designery (that’s a technical term) with these blocks by mocking them up in Adobe Illustrator and trying out my colour combos first. It seems to be working in that my original plans for the colour placement within the blocks look ok, but with a bit of swapping and changing around I’ve found a variation that I think achieves what I’m going for just that little bit more. Sometimes along the way I discover a way to emphasise different patterns in the block than I orginally saw.

You’ve probably heard of Photoshop, I use that quite a bit for my work. Illustrator is a kind of sister program to Photoshop that allows you to draw, manipulate and resize lines and shapes where as Photoshop is more like painting (and photo editing). I’ve been wanting to expand my skills in Illustrator, so far my experience is limited to making small edits to other peoples work. My idea of tracing, drawing or designing quilt blocks seemed like a good fit for Illustrator so with that in mind I’ve been trying a few tutorials. Kmac Quilts has a small series including some good tips on setting up grids based on your common quilt sizes. I also found a handy tutorial from Vector Diary on how to outline and colour in your quilt.

The below images show how I originally thought I would place the colours (left) and another variation that I really liked which I think gave emphasis to different parts of the block (right). What I ultimately wanted was a kind of exploding starburst effect so what you see in the block above was what I ultimately went for. 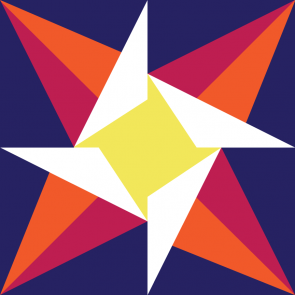 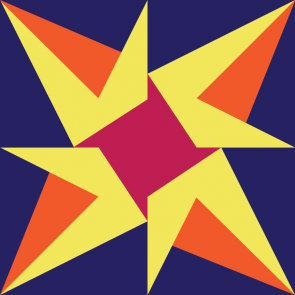