I’ve been a bit slow to start but here’s my first block for the Lucky Stars Block of the Month with Elizabeth Dackson of Don’t Call Me Betsy. This is just the practice block released back at the end of December and was my first attempt at foundation paper piecing. 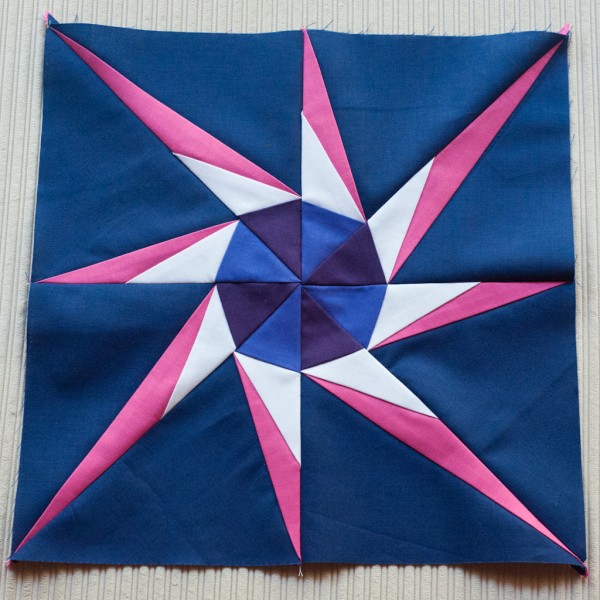 So far I’m really loving this technique! I had a vague understanding of how it worked but had never seen it done. Someone posted a link to the video below in our Flickr discussion groups for the Lucky Stars BOM Club. Even though Elixabeth has supplied us with great instructions and templates, watching this video and just seeing it done once was huge help and the steps have been easy to follow.

I’ve decided to go with all solids for my blocks, brights on a navy blue background and in each block I’ll make a feature of one of the elements in white. Time to get cracking on the January and then February blocks.